Real Estate Prices in Istanbul, and the Advantages of Accommodation in It 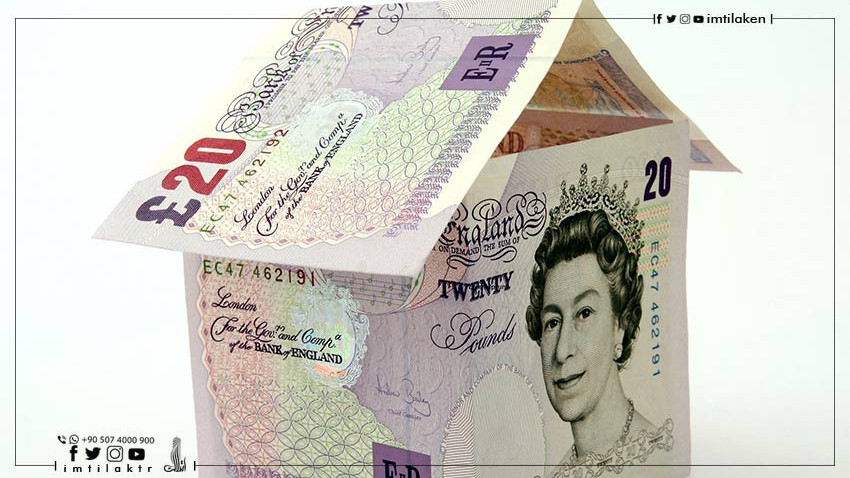 The frequent question about property prices in Esenyurt is indicative of the high demand and interest in this area by looking for a residential property in Istanbul.

Esenyurt is one of the most important municipalities of Greater Istanbul. The city has 39 municipalities, 14 of them in Asia and 25 on the European side. Esenyurt is one of Istanbul's most popular areas. Especially by foreign and Arab investors. This area is witnessing a great urban change recently, and prices for its properties are suitable for all.

In this article, we will look at the prices of properties in Esenyurt, and the most important points related to this area, in terms of services, features, continuity, and many others. Esenyurt area is located in the European side of the city; it overlooks the eastern side of Kucukcekmece Lake and is bordered to the south by the E-5 highway, Avcilar and Beylikduzu areas, and the west by Lake Buyukcekmece.

The urban expansion began in the nineteenth century, after it was an agricultural area, and was named by one of the owners "Esenyurt", and some said that there are other reasons.

Esenyurt is about 3 kilometers from the Sea of Marmara, 45 km from Istanbul new airport and about 15 km from Ataturk Airport.

The population of Esenyurt, according to the Directorate of the population: 891 thousand and 120 people in 2018 distributed over 43 residential areas.

Young people constitute a large segment of the population because of its proximity to the University of Esenyurt and Istanbul University, Which led to an increase in the demand for rental apartments by the students and young people in particular. In addition to the turnout of a large group of the Arab community to it as they occupied a large number of properties. Esenyurt has launched a major real estate revolution in recent years, making the city a vital center of Istanbul. Many companies have taken their place there, alongside the 5-star hotels, which are growing and becoming one of the most important centers in the city. Thus, a large number of investors, who want to own a property or apartment on a large level of luxury at an acceptable price. Here we must mention the most important advantages of this area, which are attractive to investors:

Esenyurt is bordered by the north and south with the E-5 and E-80 highways, which are the main lifeblood of Istanbul.

E-5 Metrobus road, which provides Esenyurt with fast transport, connects the area with other areas of the city quickly and smoothly.

It is also close to the D100, the TEM road, and the associated roads, making it easy to reach from all parts of the city.

Property prices in general and apartments, especially in Esenyurt, have risen after the arrival of the Metrobus line to the area, which has doubled the profits of real estate investment.

A subway is being built across there, which will connect Esenyurt with central Istanbul in record time, and which will have a significant impact on the value of the real estate. Real estate experts expect prices to rise clearly in the neighborhoods near the metro station and expected to serve more than 70,000 people a day.

Public services and utilities in Esenyurt:

There are many public and private hospitals in Esenyurt; it also contains more than ten large gardens, the most famous of which are: Martyrs Park, Recep Tayyip Erdogan Park. Esenyurt also has about 60 kindergartens, as well as about 150 schools, whether public and private. A large Arab community has spread in the region of Esenyurt recently, with a large number of Arab investors, as well as Arab tenants. The feeling of alienation of the Arabs within the Esenyurt district is almost non-existent.

As a result, many Arab entrepreneurs in the center of Istanbul have sought to expand their business by establishing branches within the Esenyurt area.

Their presence in Esenyurt was evident through the large commercial presence of Arab citizens, in the markets and shops, in addition to private schools and health centers belonging to the Arab community. Real estate sales in the Esenyurt area in March 2019

Esenyurt is one of the most attractive areas for real estate investment in Istanbul. It has attracted a large number of foreign and Arab property investors, and the number of major projects continues to grow.

Esenyurt got the lion's share among other regions and municipalities and was the area’s best selling real estate in the period mentioned, where the real estate sales during the month of March: two thousand and 399 properties.

Then in the second place Sancaktepe area which sold a thousand and 201 properties.

Indicating the real estate activity and the big movement of buying and selling in this vital area... The ongoing work in a large number of large projects in Esenyurt has provided opportunities to get suitable apartments for all segments of society and for various budgets: large, medium and limited, it is possible to get luxury apartments, equipped with many modern facilities within many of the luxury projects in the area with affordable prices to many people.

Interest in the area has increased in general, and this has been reflected in government investments, particularly in the transport and infrastructure sectors. Thus, the area is easily accessible through many of the surrounding highways.

Property prices in Esenyurt for the 1 + 1 apartment start at approximately $ 50,000.

Prices vary depending on the characteristics of each building or residential complex, its location, its proximity to services and public transport.

Comparing the prices of apartments in Esenyurt with other areas, the average price per square meter in the area is cheaper than in other areas. Which makes it a good option for those who wish to own property at an economical price and good features.