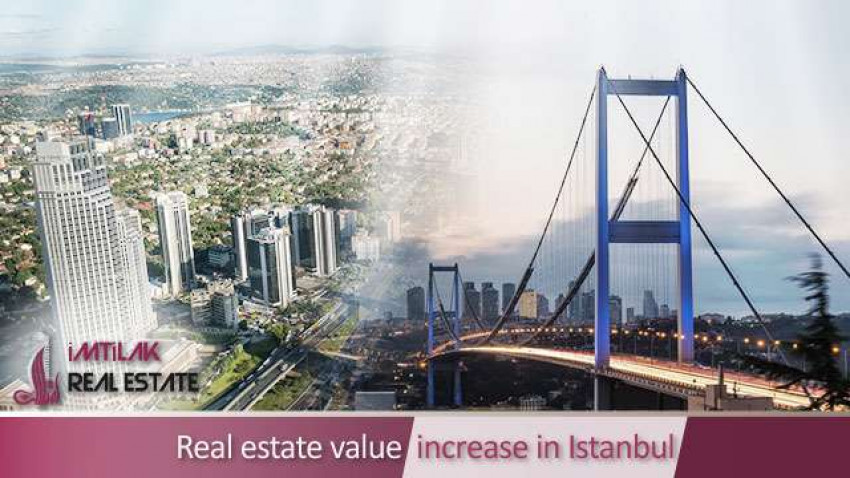 Mr.  Gökhan Karahan, the operations manager of the global Re/Max Turkey real estate company, stated that the total real estate value in Istanbul, excluding the villas on the strait’s coast, amounted to 665.5 billion Turkish Liras in 2013, Yet, this value increased as a result of the giant projects and the cultural transformation projects to amount 1 trillion and 139.2 billion Turkish Liras in 2016.

According to the data provided by Mr. Karahan, the difference in the city properties value during these three years is about 473 billion and 600 million Turkish Liras. Mr. Gökhan stated that there were approximately 3 million and 100 thousand units in 2013, and as a result of the cultural transformation projects, the number raised to 200 thousand units.

In terms of figures, the rate of the properties' prices in Istanbul that was affected by the giant projects reached 71% during 2013-2016. The cultural transformation projects and the establishment of new transportation lines should also be added to the up mentioned reasons for the value raising.

During the last three years, within Silivri district, the prices rose by 91% due to Istanbul Canal Project, which may pass through the region.

Furthermore, Kadıköy witnessed a rise reached 92% during the same period, while in the Ataşehir, the raising reached 102%. The reason behind this raising is the expansion of branded real estate projects, "branded properties" which is the most lucrative properties in the city.