The 5 easiest countries to obtain their citizenship

What Are the Best Residential Areas in Istanbul? 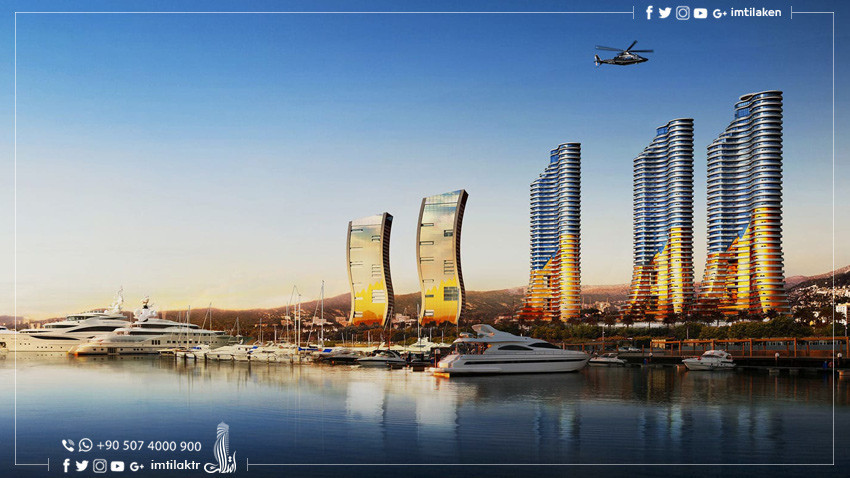 The best residential areas in Istanbul vary for many reasons, some of them due to natural beauty, others due to the urban and economic renaissance, and success in various projects and their excellence.

Many people wonder about the best residential area in Istanbul, and this is a wide area of competition between Istanbul's old and modern neighborhoods, according to the requirements of each family in this big city; but in any case Istanbul is European and Asian cities, This increased demand has led to an increase in the purchase of properties and apartments in Istanbul, and has necessarily led to a rise in prices after the increased demands.

In this context, the Anadolu Agency published a recent statistic issued by the Turkish Statistics Agency, on January 16, 2019, stating that “Real estate sales for the last year 2018 increased by 78.4%." What are the Best Residential Areas in Istanbul?

Istanbul meets all the requirements of its residents. A tourist and economic coastal city, where the beautiful nature, high-rise buildings and the most prominent projects in Turkey...

Istanbul is divided into two parts: the European and Asian, the first is located west of the Bosphorus Strait, connects the Black Sea with the Sea of Marmara, and is full of life and work ... The second is located east of the Bosphorus and holds great geographical importance, this part is considered one of Istanbul's best residential areas in the city of Istanbul because of its tranquility, peace, and heritage.

Does the European side contain the best residential areas in Istanbul?

In the European side, an endless race and frantic competition between the best areas for buying apartments in Istanbul, sales are constantly increasing, and investors’ profits in Istanbul Europe are rising due to the abundance and diversity of coastal vital areas and, the most important of which are:

Basaksehir is famous for its modern infrastructure and services, such as high-rise complexes and high towers, and the geographical location near bridges and airports.

The area is classified by real estate experts in the city as one of the best areas of Istanbul to buy an apartment, why not?! And it is the new Istanbul center! With its tranquility and serenity next to a large lake, with high-quality education and health services, and has recently become the first destination for local and foreign investors. Thus, we find that the prices of apartments in the Basaksehir are rising.

Luxurious hotels add luxury to the Atakoy area of Bakirkoy, including the luxurious Sheraton Istanbul Hotel. The area overlooks the Sea of Marmara, with its vast green spaces, and the excellent engineering coordination. This makes it the best place to buy an apartment in Istanbul with many real estate experts in Turkey, while Atakoy is full of gardens, modern buildings, and seaside restaurants.

In addition to its magnificent green nature, Kağıthane district is characterized by the art of modern Turkish architecture, its calmness and high-quality services, with a series of buildings and houses surrounded by public and private parks. , It is the best areas of Istanbul for accommodation, so the prices of real estate are rising, and luxury projects within the boundaries of the region are increasing. One of the most famous areas for mega projects and it is a forum for international and coastal roads, in addition to residential complexes and dozens of hotels.

The region is also located at a junction of roads between Ataturk Airport and Istanbul new airport, with a lot of investment opportunities where it is witnessing a huge number of population, commercial and urban recently, for this reason, Basin Express is dubbed as the road of luxury real estate properties in Istanbul.

Halkali area is characterized by a great acceleration in investment growth. It has a charming view of the lake that is popular with its residents: Küçükçekmece Lake. Its real estate projects are modern, built on innovative technologies and have become one of the best residential areas in Istanbul, where new capital flows are flowing.

Do you like difference and excellence and living in a green metropolis? Then your first choice will be the city of gardens known as the “Bahçeşehir" which is named after its beauty and the many parks there.

Bahçeşehir has many luxurious residential complexes with the highest amenities, social and health facilities, and many shops and malls.

Bahçeşehir has been transformed in recent years into an important center for attracting real estate investors. Observers expect real estate prices to rise by about 50 % after completion of the metro line project, which will connect it to the central regions of the country. Not to mention its proximity to the new Istanbul Canal project, which will play a leading role in changing the future of Istanbul.

With its modern buildings and huge towers, its elegant design has attracted investors from all over the world and has become one of Istanbul's most vibrant areas with stunning sea views.

Beylikdüzü is also characterized by its long stretch of Marmara Sea, the Beylikduzu area has developed its services and historical sites. This has contributed to the recovery of property purchases and has made it a destination for buyers and investors in one of the fastest growing areas in Istanbul.

Asian Part: The best accommodation in Istanbul for the elite

An authentic part of the city, enjoying the tranquility, comfort, and appreciation of the people of the country and its expatriates. Characterized by a charming green nature, a better service, a relative calm compared to the European part, not to mention the multitude of tourist places in the Asian part of Istanbul.

This makes Istanbul Asian its classic neighborhood, a destination for elite investors and owners, with good services and strong infrastructure in transportation, schools, hospitals and even the spread of luxury malls... One of the most prominent neighborhoods of this part: Üsküdar, also known as the land of tourists, where its location near the Bosphorus bridge and the maiden tower, one of the most famous tourist attractions in Istanbul, in which tales were narrated about the city's ancient historical past.

The strength and diversity of infrastructure projects, such as the large transportation network, modern technologies in public facilities and parks, quality hospitals and the international airport, are all contributing to the Asian segment as the best place for real estate investment in Istanbul.